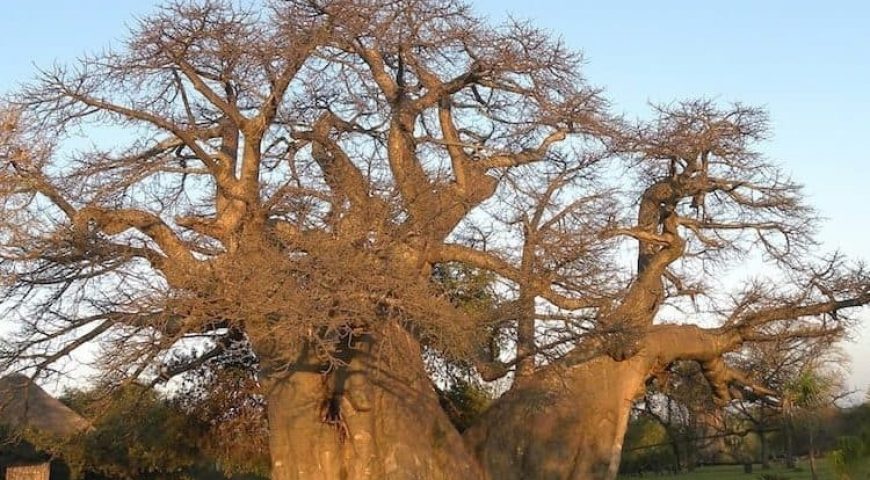 The Baobab Tree “Tree of Life”

During tribal wars in the 19th century, the headman of the Ombalantu people decided that a hole should be cut into the top of the tree and hollowed out so that women and children could hide inside, whenever the village was attacked. It is said that about 45 people could fit into that space. It literally saved lives – no wonder the tree is also known as the Tree of Life.

But the tree also played many other roles in its lifetime. In 1940, a small entrance was carved into the tree trunk and the tree became Outapi’s first official post office, which was used by Owambo families to receive money and goods sent to them by their men, who worked in the cities.

In later years, when South Africa occupied ‘South West Africa’ (as Namibia was known before it gained independence), the tree served as a chapel, bar and even a prison (when it was integrated into the South African Military base). The tree must have a serious identity crisis by now!

Ombalantu healing from the inside out

Today, this huge baobab tree is a national monument and tourist attraction managed by the people of Outapi (also known as the Ombalantu people). The tree (just like the region) is slowly healing itself by growing back and closing up the space that once was hollowed out inside. According to the Owambo tour guide, the tree will not be cut again, as they are afraid it might die…

This gentle giant, said to be the oldest baobab tree in Namibia, has witnessed so much history and provided shelter to many people – not only from the heat of the day but also from attacks during times of war.

One thought on “The Baobab Tree “Tree of Life””