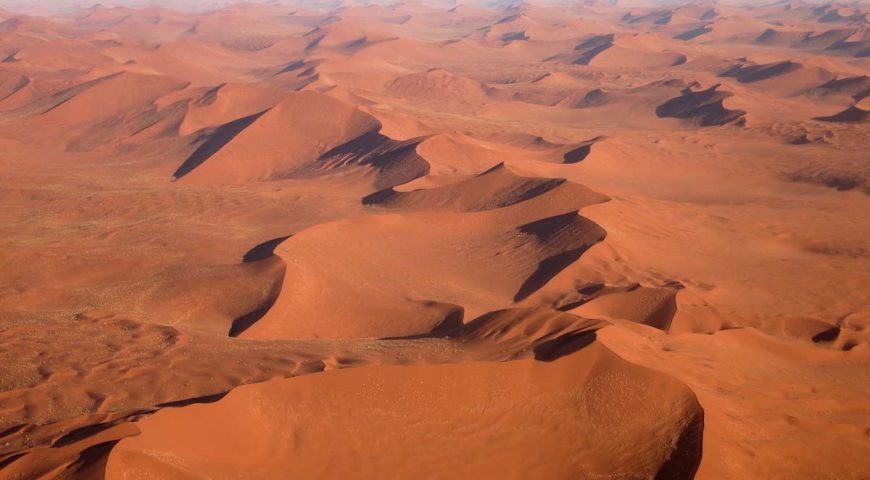 If there’s one place in Namibia that I keep going back to this is it. Sossusvlei has had a special place in my heart, ever since I first read about it in the ’80s and then experienced through the photography of the late Getaway Magazine photographer Patrick Wagner. If ever there was a physical place in the world with a soul, Sossusvlei is one of them.

Back Roads of Namibia

It’s pretty much a full day drive from Lüderitz, our stopover for the past 2 nights (read about that trip here), to Sossusvlei, mostly on gravel roads. Heading East to Aus on tar and then turning left onto the C13 for the 370 km or so drive to our overnight stay at Desert Quiver Camp near the entrance to the Sesriem National Park and Sossusvlei. I’m not going to say much about the trip, it’s long and requires a lot of attention because the gravel roads can be quite treacherous, a driver needs to stay alert and try not to drive faster than 80km/h. It’s hard because sometimes the road is excellent and you don’t realise your speed until you hit a dip and almost take off, or a soft patch of sand and almost lose control. So take it easy, stop for a rest regularly, enjoy the scenery and chill.

How Did Sossusvlei Evolve?

Millions of years ago, or maybe it was thousands, but millions sounds way better, the Tsauchab River eventually gave up its effort to reach the sea 80 odd kilometres away and disappeared into the sands of the Namib desert. These days the river doesn’t flow all year round, and some years it doesn’t flow at all, but when it does come down in flood, it submerges the entire area, which must be a sight to see. But mostly it’s bone dry with only the wind at work, continually shifting the desert sand, so nothing remains the same for long.

Sossusvlei From The Air

What has remained the same though are the petrified trees at Deadvlei, a photographers dream come true. The trees, some of them over 800 years old, have stood watch over the ever-changing dunes, seen floods and droughts and witnessed centuries come and go. Think about it; these trees were 200 years old when Joan of Arc was burned at the stake, they were already 300 years old when Henry 8th was King of England, and 400 years old when the Mayflower set sail from Plymouth. And there they still stand, it’s mind-boggling for me.

There is a tar road from the entrance gate to the Sesriem National Park to the edge of Sossusvlei; after that, a 4 wheel drive vehicle is required to go any further. There are plenty of operators waiting to take visitors in, for me though it’s way better to go under your own steam. Deflate tires to 1.5 bar, engage high range 4 wheel drive and keep on going. A mistake that novices make is to stop in the thick sand, and that’s when they tend to get stuck, not that it’s that serious, someone will come along and extricate you, it’s more pride that gets hurt than anything.

Deadvlei is a bit of a walk through the dunes, it’s well worth it though, but take water and wear shoes. It’s tempting to go barefoot, but the sand gets very hot as the sun gets higher, and anyway, this is a living desert, with stuff that can bite you lurking below the sand. It’s not a hard walk, there are people of all ages doing it, from the very young to the quite old, but go early is my advice, before the heat of the day sets in.

I was undecided whether to include this section, but it needs to be said so here we go. I’ve been visiting Sossusvlei for the past decade, 4 or 5 visits in all, and each time I’ve noticed more and more people. On our first visit we easily found refuge from other visitors, and getting a photograph of the dunes or trees in Deadvlei without human figures in them was merely a matter of waiting a couple of minutes. Now though, even at 5 am, there is a long queue of vehicles, including tour buses, waiting at the entrance gate, then a somewhat mad dash to the parking area in Sossusvlei to catch the early morning light.

On our last visit, I thought I would have to resort to Photoshop to get rid of human figures on the dunes or in Deadvlei, (not that I’d have been proud of that). It’s great that so many people want to experience Sossusvlei, but, my point is that it’s maybe time for the authorities at Namibia Wild Parks to start thinking about limiting the number of visitors allowed in each day to save this precious and unique natural wonder from being loved to death. Food for thought anyway.

Desert Quiver Camp is a new property by Taleni Africa Group, owners of Sossusvlei Lodge, Desert Camp, Sossus Oasis Camp Site and Etosha Village. The property is about 5km from the entrance to Sossusvlei at the foot of some spectacular granite outcrops. The accommodation is self-catering but strangely, cooking and eating utensils aren’t supplied, you are required to pay a deposit for an ammunition box which contains said items, the deposit is refundable on departure after the staff have done a thorough inspection of the returned boxes contents.

There are 24 units which are all entirely new and are very well equipped and very comfortable, they even have air-con, which isn’t a given in Nambia. There’s a lovely pool with a bar area, after traipsing across the dunes at Sossusvlei, that was a welcome addition, I’m not going to lie to you. Wifi, not very fast, is available at the bar area. It’s a very cool spot, and I can recommend it.

I have to mention the Helmeringhausen Hotel (which should be spelt Hell Meringhausen), which we passed through on our long trek home. In this part of Namibia, well actually in any part of Namibia, distances between towns are enormous, I mean you can drive for 200 km between towns. So when you do find a wide place in the road, it’s always a treat to stop for a coffee or snack, and we decided to stop at Helmeringhausen which is halfway between nowhere and also nowhere. There is a lovely looking hotel and tea room, with shady gardens and a welcoming looking entrance. But that’s where it stops, the first sign that guests aren’t actually very welcome is the signs at the roadside informing all who pass that the bathroom facilities are only for guests, which I guess is fair enough.

On entering the “reception”, there was a gentleman seated who didn’t bother to raise his head nor grunt in acknowledgement of our greeting. On enquiring about breakfast, we were told that they don’t serve eggs. They were able to offer a sandwich, but not a toasted one, apparently that is only reserved for guests who actually stay in the hotel. I kid you not, and there are signs all over the hotel prohibiting pretty much everything. Throughout our very short visit the owner, who was seated nearby the entire time never once raised his head from whatever it was that he was reading.

It’s like they don’t want anybody to come into their restaurant, my advice is to avoid, avoid, avoid. Or maybe do go, but just to see the most unwelcoming hotel/restaurant in the world. This one makes Basil Fawlty look like a friendly chap. We stopped a little down the road and made breakfast rolls and cup of coffee on the side of the road, which was way better than anything else I could imagine anyway.

Taking the left fork, we drove through some truly spectacular, almost Martian landscapes, as we wound our way following the river Eastwards. At Ausenkehr, using water pumped up from the Orange River, they have created a patchwork of lush green fields of grape vines in the desert. It’s just so amazing to see the reality of how water really does bring life.

From Ausenkehr the road becomes tar again and from there it’s not that far to Felix Unite, a welcome sight after a long day on the road, through some of the driest countryside you will ever encounter. Felix Unite has built a real paradise along the river, it’s where their the well-known river rafting expeditions start and end. Comfortable rooms, vibey bar and a restaurant, a great place to stop over for the night. Now that is a place that knows how to welcome a guest, from the staff at reception to the amazingly friendly barman and waiting staff in the restaurant. It’s a place I can recommend.

An early start the next morning, like 4.30 am early, and through the border crossing back into South Africa was followed by hell for leather dash homewards. After so long on the road, which I love, it’s always a treat to get home to my own bed and to be welcomed like long lost adventurers by the dogs.

Until next time then.